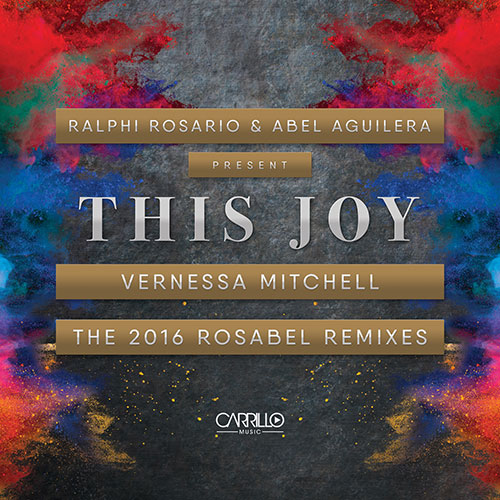 One year ago during early preparations of Big events around the globe, Dj’s Rosabel (Ralphi Rosario & Abel Aguilera) wanted to remix a classic that would stick out from the usual music out and available today. They spoke on the phone with a dear friend, named Guido Osorio, of the famed remix team, “Razor N Guido”. With their permission, “Rosabel” decided to redo their famed 90’s Classic Anthem by Vernessa Mitchell “This Joy” giving them a Tribute mix. Since February of 2015, “Rosabel” has been testing this classic at all of their events worldwide, and the results were too good to be passed up. They pursued the possibility to re-release this gem OFFICIALLY, by all persons involved, and were granted their wish.